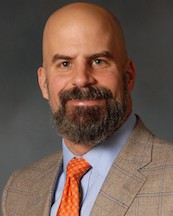 Todd started his legal career at a large Evansville law firm where he was a litigation partner typically hired to defend injury and death claims, including multiple cases that made it to the Indiana Supreme Court. He chaired the Defense Trial Counsel of Indiana's Product Liability Section in 2007 and served on DTCI's Board of Directors from 2008 to 2010.

In 2010, Todd founded a law firm focused on helping victims of personal injury, medical malpractice and wrongful death.  Todd returned to his roots in 2013, opening a law office in his hometown of Newburgh. Since 2000, Todd has also been licensed in Kentucky, where he has handled cases from trial courts up to the Kentucky Supreme Court, often traveling between Henderson and Evansville. In 2018, Todd opened an office in the Indianapolis suburb of Fishers, Indiana and an office in Evansville.  In 2021, Todd and Jonathan Armiger started the law firm of Barsumian Armiger Injury Lawyers with offices in Newburgh, Fishers, and Evansville.

Todd has an exceptionally wide range of litigation experience. He successfully represented a severely injured child in a negligence and product liability case that prompted a national recall of a product purchased off the shelf of a Tri-State retailer. He once defended corporations in similar cases and counseled manufacturers on product safety and recall issues.

After beginning his career as an Evansville personal injury lawyer, Todd immediately took on a trucking company on behalf of his trucker-client whose semi was struck on Highway 41 by a semi that was unable to stop while hauling a trailer full of industrial paper rolls. Shortly thereafter, Todd handled two separate medical malpractice cases in Kentucky. The first of these claims was against a plastic surgeon on behalf of a client who was left with horrible and permanent scarring after an elective procedure. The second of these claims was against a pharmacist and pharmacy on behalf of a client left with bilateral vestibular impairment after the prescription, dosing, and monitoring of an aminoglycoside antibiotic known as gentamicin.  Todd has also continued to use his knowledge of automobile insurance company defense tactics to benefit his motor vehicle accident clients throughout southwestern Indiana and western Kentucky.

Todd has brought lawsuits on behalf of the estates of nursing home residents in Kentucky including one on behalf of the estate of a patient who suffered dehydration, renal failure and metabolic acidosis ending in death and another for the estate of a patient who suffered a broken humeral head during a fall from her bed. Todd reviewed thousands of pages of records in pain-staking detail and worked with nursing home experts to formulate arguments as to breaches in standards of care and worked with a forensic pathologist to formulate a strong argument on the cause of death being other than his client's advanced age and other medical conditions.

To aid in the presentation of arguments, Todd often charts his client’s medical care to help effectively demonstrate a pattern of neglect to nursing home representatives.

Unfortunately for the injured, Indiana has legislated medical review panels that greatly delay the litigation process in medical malpractice cases. Fortunately for citizens of the Commonwealth of Kentucky, Kentucky's Supreme Court found nearly identical medical review panel legislation to be unconstitutional.  However, Kentucky has since passed legislation requiring Kentucky medical malpractice complaints be accompanied by a certification that the case has merit.

Todd was part of the trial team for a Gibson County man who was severely injured when the vehicle he was traveling in was struck by another vehicle that had disregarded a stop sign on a county road. After settling the case with the other driver’s insurance company, Todd and his co-counsel turned to his client’s own insurance company demanding the full policy limits of his underinsured motorist policy. When the company refused to offer little more than the man’s medical expenses, they took the case to trial in Princeton and recovered their client’s full policy limits, roughly twice what had been offered.

Presently, Todd is involved in prosecuting a variety of personal injury, wrongful death, and medical malpractice cases in Indiana and Kentucky courts.

ICLEF: The Law of Experts in Indiana

Published Works
Note, Bail Bondsmen and Bounty Hunters: Re-Examining the Right to Recapture, 47 Drake L. Rev. 877, 1999
Honors and Awards
Past Employment Positions
Ancillary Businesses
Contact Us
Practice Areas
Client Reviews
★★★★★
He went beyond the scope to investigate certain details that ended up being crucial, that had been missed by all others who had worked on this case prior. It is not possible to give a high enough commendation to him. We could not have asked for more capable hands to be in. If a reason to need counsel presents itself in the future, we will have to look no further than his office. If you are reading this review, you have found your lawyer! Shelie
★★★★★
Todd worked on a personal injury case for my family, walking us through all the legal jargon and process. We were very worried about everything, and his personal style and professionalism helped us through an extremely difficult time. Todd's integrity is beyond reproach. Anonymous
★★★★★
Todd is an amazing attorney and an even better person. He went above and beyond to help us win our case. We had obstacle after obstacle and he never slowed down in working for us! There is no question, if we never needed an attorney again, he will be our go to guy!! Kayla
View More
Submit a Law Firm Client Review