Last week we looked at Indiana’s anti-texting statute, the unlikelihood of criminal enforcement, and asked whether punitive damages could provide an additional deterrent.  We noted the first obstacle to punitive damages is Indiana’s incentive-reducing statute that takes 75% of any uninsured, punitive judgment and requires this to be paid to the State of Indiana.

The second obstacle to punitive damages is that federal law prohibits “grossly excessive” punishment of wrongdoers as unconstitutional for violating an individual’s substantive due process rights.  Recognizing that there are many different degrees of wrongful conduct, the U.S. Supreme Court placed no arbitrary limit on punitive damages in the case of BMW of North America, Inc. v. Gore, but reversed an award of 1000x compensatory damages.  Later, in State Farm v. Campbell, the Court noted that “few awards exceeding a single-digit ratio between punitive and compensatory damages, to a significant degree, will satisfy due process.”  Luckily for State Farm, this meant the reversal of an award of $145 million in punitive damages where compensatory damages had been $1 million.

Indiana law provides wrongdoers in Indiana with even more protection than that provided by the U.S. Supreme Court.   Indiana places an arbitrary cap on any punitive damages award of the greater of $50,000 or three times the compensatory damages awarded.  Thus, even though Indiana victims of wrongful conduct would be helping victims of violent crime and sexual assault by maintaining a claim for punitive damages, Indiana believes three is the magic number when compensatory damages exceed $50,000.

END_OF_DOCUMENT_TOKEN_TO_BE_REPLACED

However, absent exceptional circumstances, the law also restricts police from confiscating cell phones and determining if the driver had been using it.  Police cannot use the law to confiscate a phone and keep it as evidence or to extract or download information from the phone.

Although criminal enforcement of anti-texting laws is rare, when a car crash occurs as a result of texting, there may be civil remedies available to deter such conduct.  Punitive damages developed under the law as a means of deterring particularly bad conduct.

END_OF_DOCUMENT_TOKEN_TO_BE_REPLACED 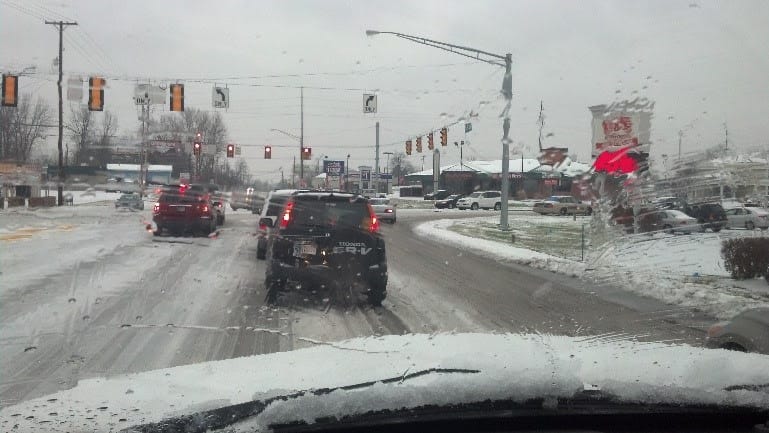 Though southwestern Indiana has dodged snow so far, temperatures are falling and icy conditions increasing. Wintry conditions inevitably lead to slips and falls, some of which will lead to serious head, neck and back injuries, broken bones, and muscle and ligament tears, strains and sprains.For many who slip and fall, their first emotion is embarrassment and their first instinct is to blame themselves. Also, many premises owners will be quick to claim they cannot be at fault for folks who venture out into wintry conditions and happen to slip and fall. Accordingly, for many guests and premises owners alike there is a perception that a premises owner will not be liable when a guest does slip and fall in wintry conditions. Reaching such a conclusion without consideration of Indiana law and surrounding circumstances could be costly.

Indiana law on the hazards presented by the natural accumulation of snow and ice is clear:

a landlord does have a duty of reasonable care that the common ways and areas, or areas over which he has reserved control, are reasonably fit and that hazards created through a natural accumulation of ice and snow are not beyond the purview of that duty.

END_OF_DOCUMENT_TOKEN_TO_BE_REPLACED

When people think about personal injury cases, many automatically think about car accident injuries and ensuring car insurance companies award fair compensation to injured parties. Many people are unaware of other scenarios in which injuries are sustained by innocent victims due to the negligence of others. While the majority of personal injury claims do indeed involve motor vehicle accidents, there are many other incidents that can warrant personal injury suits in Indiana.

Some common scenarios that can be resolved by civil suits include slip-and-fall cases and negligent security cases. These kinds of accidents can result in devastating injuries, particularly to individuals who already have health issues. In addition, medical negligence and medical malpractice are also commonly cited in personal injury lawsuits.

Some personal injury suits may involve companies or entities who acted negligently. This can include incidents of product liability, such as when a company manufactures a dangerous product that results in injuries to consumers. Construction site accidents resulting from third-party negligence can also warrant personal injury suits when injured workers or bystanders sustain serious injuries.

END_OF_DOCUMENT_TOKEN_TO_BE_REPLACED

Fire department personnel were shocked and dismayed to respond to a recent car accident because the victim was one of their own. An intern with the Indiana fire department was the victim, and he was helping with a tow truck alongside the roadway when the accident occurred. The 20-year-old died of his injuries, which may possibly open the door to a wrongful death case if some percentage of liability can be placed upon the driver who hit the young man.

The young man was outside of a house on a Thursday night where he was trying to help his brother. They were getting a pickup truck off of a tow truck and were on the edge of the driveway. A car came along and hit the man. His brother, who was volunteer firefighter, attempted to save the man, but those attempts proved to be futile.

The man who hit the fire department intern was transported to a hospital for injuries he received in the crash. Investigators have said there is no reason at this point to believe impairment was a cause of the accident. A fire chief speaking about the accident pointed to the narrow roads and high speeds when discussing how this unfortunate turn of events affected one of their own.