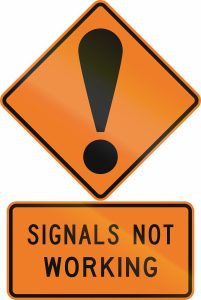 IPL moved for judgment on the pleadings, claiming the 2016 Tariff immunized IPL from liability. IPL also argued, in the alternative, that the IURC should have jurisdiction over the matter on account of its expertise over utility matters. Because IPL raised the Tariff as a legal defense, the Court found it had jurisdiction to determine the statutory standards and legal principles surrounding the release of liability clause explaining, “The IURC’s rules, regulations, knowledge, and expertise were irrelevant to the outcome of the [family’s] negligence claim.”

In exercising jurisdiction over the family’s negligence claim, the Court next addressed the issue of whether or not a utility owes a legal duty to a noncustomer, the foundational element of any negligence claim. Absent duty, there can be no negligence.

The family argued the utility’s duty can be found in the common law, statutes, and the Indiana Supreme Court’s adoption of the Restatement of Torts. First, the Court explored case law and found a duty exists under common law for a utility’s customers, third persons, and the general public. Second, the Court found a legal duty is reinforced by IURC regulations found in the Indiana Administrative Code, which address an interruption of service and provide for notification procedures designed to help restore service that “affects public health and safety.” Third, and finally, the Court found support in Section 43 of the Restatement (Third) of Torts, which Indiana cases have explained provides for a duty in “any undertaking to render services resulting in physical harm to third persons where there is a negligence in the manner of performance.”

Having found a duty existed, the Court turned to the applicability of the release language found in the 2016 Tariff utilized by the IPL to argue it was immune from negligence claims. After a lengthy analysis, the Court concluded that the IURC’s purported grant of immunity to IPL was ineffectual noting:

Traffic signals should be operational whenever reasonably possible because they are indispensable to public safety. Failing to enforce IPL’s duty to energize traffic signals disincentivizes it from using reasonable care and shields it from negligence. Because IPL has monopoly power over the City, the Release Clause constrains the City in its ability to incentivize IPL to act with reasonable care.

Finally, the Court turned to whether a prior case decided by the Indiana Supreme Court, Prior v. GTE North, conflicted with a finding that the family could recover in spite of the Release. Although Prior had found an IURC-approved tariff prevented a customer from recovering for breach of contract and negligence for failure to include the customer in telephone directories, the Court of Appeals distinguished Prior for the reason Prior had been a customer, whereas the family was not. Although not addressed by the Court of Appeals, there would seem to be a further rationale for distinguishing Prior on public policy reasons in that Prior did not potentially impact public safety, just a business’ bottom line, whereas Tyus involved public safety concerns that had been specifically recognized by statute.

Although quite lengthy, the Court of Appeals’ opinion is available to read here.